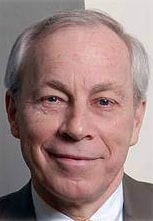 Terrence F. Martell, Saxe Distinguished Professor of Finance and Director of the Weissman Center for International Business at Baruch College/CUNY, received his BA in Economics from Iona College and his Ph.D. in Finance from the Pennsylvania State University. The Weissman Center produces the CSR-Sustainability Monitor® which analyzes CSR reports from corporations around the world. In May 2016 he was given the Fulbright Award for Global Education.

Terrence Martell is chairman of ICE Clear US, the US clearing house for ICE’s futures and options trading, a director of ICE Clear Credit, where he chairs its Risk Committee and vice chair of ICE Futures U.S. He is also chairman of the Board of VVC, an exploration and production company that is listed on the Toronto Stock Exchange.

Terrence Martell chairs the Audit Committee as a trustee of the PSC/CUNY Welfare Fund, which manages drug benefits for the employees of the City University of New York, serves as a board member of the Manhattan Chamber of Commerce and is chair of several family trusts. He is a director and treasurer of One To World. He is a member of the New York District Export Council. He is also a director of Gresham Investment Management LLC, the Tara Emerging Asia Liquid Fund and Analog Gold.

A resident of Pelham, New York, he served as President of the Pelham School Board and the United Way of Pelham.